The National Full Live Episode for May 29

On Thursday’s episode of Global National: the COVID-19 pandemic has put Canada’s ongoing crisis with long-term care homes in the spotlight. David Akin looks at the proposed solutions, the calls to ban “for-profit” facilities, and the demands for nationwide standards.

Quebec Premier François Legault wants Canadian troops already deployed to long-term care homes to stay until September, but it likely won’t happen. Mike Armstrong explains why, and how the province is desperately seeking more workers for these facilities.

South of the border, George Floyd’s death has ignited mass protests in Minneapolis and solitary protests in other U.S. cities. The 46-year-old unarmed black man died in police custody on Monday. Video shows a white officer kneeling on Floyd’s neck for several minutes until he passed out. Jackson Proskow reports on the growing calls for murder charges to be laid against the officer involved with Floyd’s killing.

Plus, the COVID-19 pandemic has made a bad situation worse for people struggling with mental illness and addiction. Heather Yourex-West has the heartbreaking stories of some families caught in the middle of the two health crises.

After Canada’s worst mass shooting left 22 innocent Nova Scotians dead in April, Prime Minister Justin Trudeau introduced a ban on military-style assault weapons. But it’s causing confusion and controversy. Mercedes Stephenson looks at the complex new rules, and explains which guns are covered by the ban, and which aren’t. 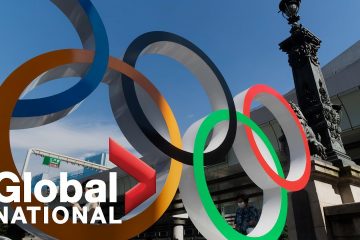