With Omicron COVID-19 cases multiplying across Canada, the pandemic is putting a damper on the holidays as it forces people to think twice about gathering with friends and family. As Jamie Mauracher explains, provinces are once again facing pressure to reimpose restrictions as the virus shows dangerously high transmissibility.

Although it hasn’t been made official yet, the Alberta government is expected to ease restrictions on gatherings ahead of the holidays despite fears about the Omicron COVID-19 variant. As Heather Yourex-West reports, doctors and infectious disease experts are nervous about where things are headed.

Meanwhile, as calls grow to make COVID-19 rapid tests more accessible to Canadians, the federal government has set aside money for 180 million tests to be given to provincial governments. But as Mike Le Couteur explains, that doesn’t mean the tests will be distributed to the public.

Plus, with a lower-than-expected deficit, the federal government has announced it will commit $28 billion in new spending over six years. David Akin explains where the money is going, and why Ottawa thinks it has enough wiggle room.

The COVID-19 pandemic is once again jeopardizing professional sports, as major leagues are already seeing a spike of infections among players due to the Omicron variant. Robin Gill reports on how the variant is already throwing the hockey season offside.

And, TikTok influencer Demi Skipper is flexing the power of social media after she managed to barter her way into getting a house — starting with a bobby pin. How did she do it? Mike Drolet looks at Skipper’s journey, the Canadian connection she made along the way, and why it wasn’t for fame or personal gain. 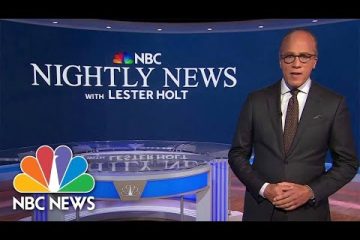